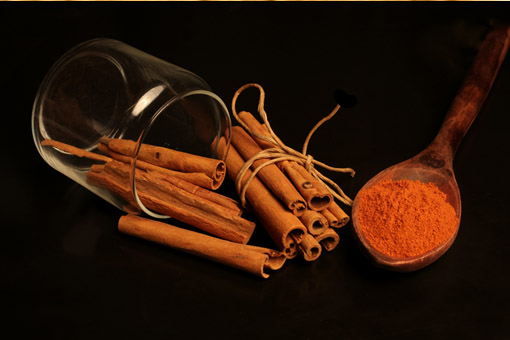 Cinnamon commonly known as Cinnamomum verum (Ceylon cinnamon). its bushy evergreen tree of the laurel family (Lauraceae) and the spice derived from its bark.

The spice, consisting of the dried inner bark, is brown in colour and has a delicately fragrant aroma and a warm sweet flavour.


Cinnamon is used to flavour a variety of foods, from confections to curries to beverages, and is popular in bakery goods in many places.

Essential oil is distilled from the bark fragments for use in food,perfume, and drugs.